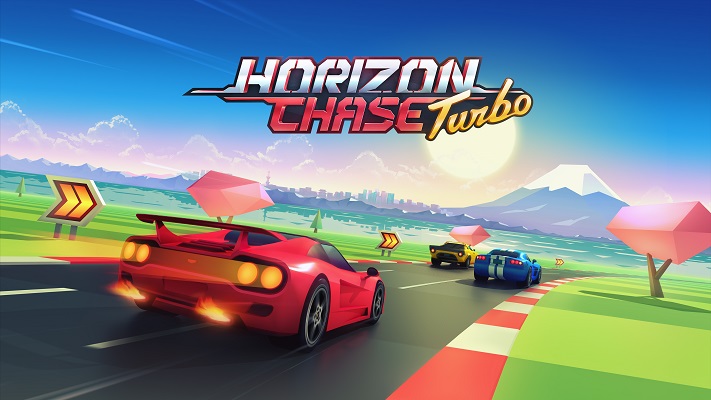 Horizon Chase Turbo is a homage to classic 16-bit racers that defined a generation of high-speed and frenetic arcade fun like Out Run and Top Gear. The game is conceived to ignite an instant blast of nostalgia with catchy contemporary music composed by the legendary Barry Leitch (who also created the soundtracks for the Top Gear, Lotus, and Rush series), while also offering split-screen multiplayer and mixing retro low-poly aesthetics with modern gameplay.