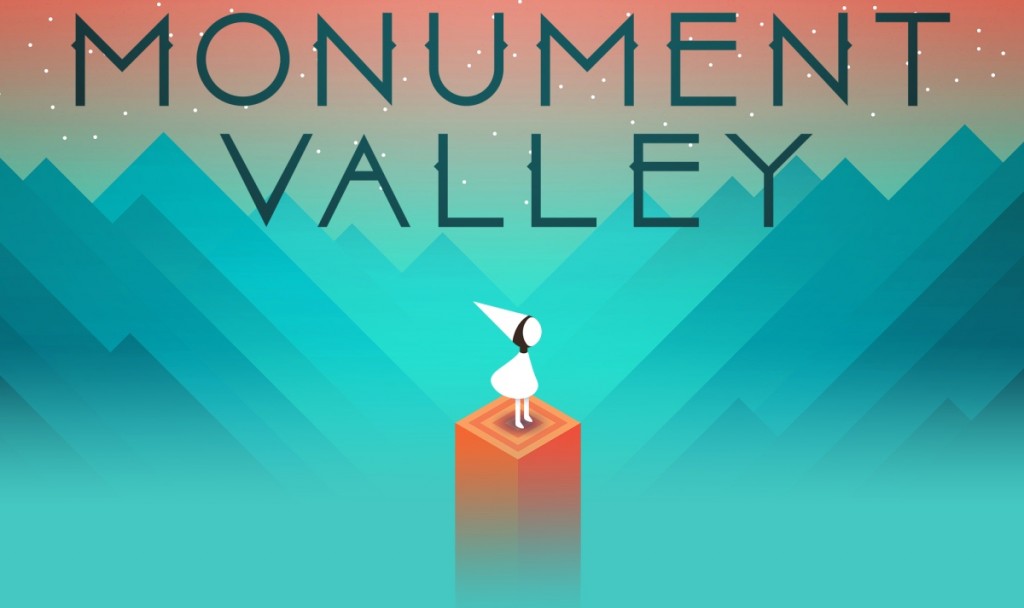 Monument Valley is a puzzle game developed and published by indie studio ustwo. The player leads the princess Ida through mazes of optical illusions and impossible objects. Monument Valley was developed over ten months beginning in early 2013 based on concept drawings by company artist Ken Wong. Its visual style was inspired by Japanese prints, minimalist sculpture, and indie games Windosill, Fez, and Sword & Sworcery, and was compared by critics to M. C. Escher drawings and Echochrome. The art was designed such that each frame would be worthy of public display. After a closed beta test, it was released for iOS on April 3, 2014, and was later ported to Android and Windows Phone. The game received generally favorable reviews. Critics praised its art and sound design, but noted its lack of difficulty and short length. It won a 2014 Apple Design Award, was named Apple’s best iPad game of 2014, and sold over two million copies by January 2015.

During April of 2014 I did PR work for Ustwo games, supporting the launch of Monument Valley in Spain, Portugal and Latin America. 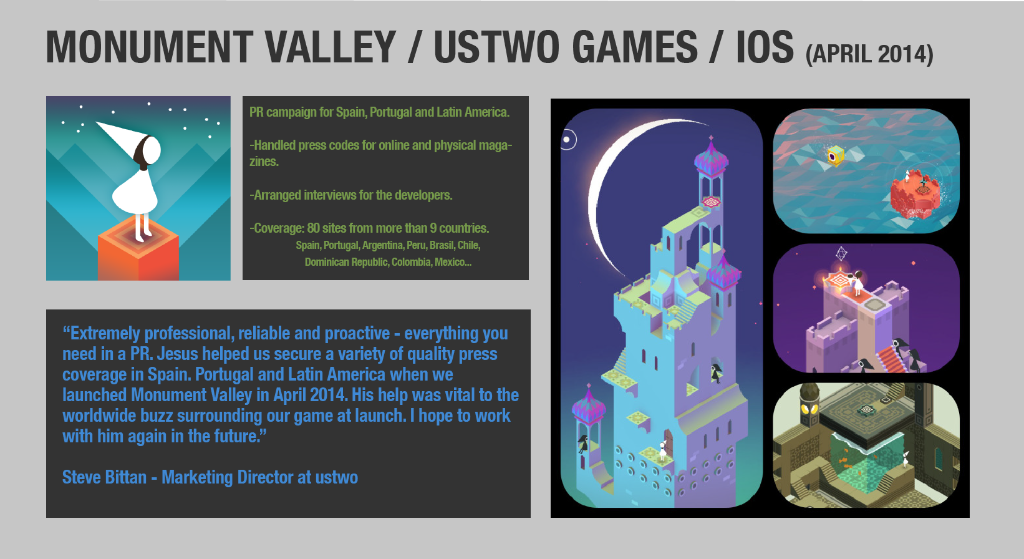